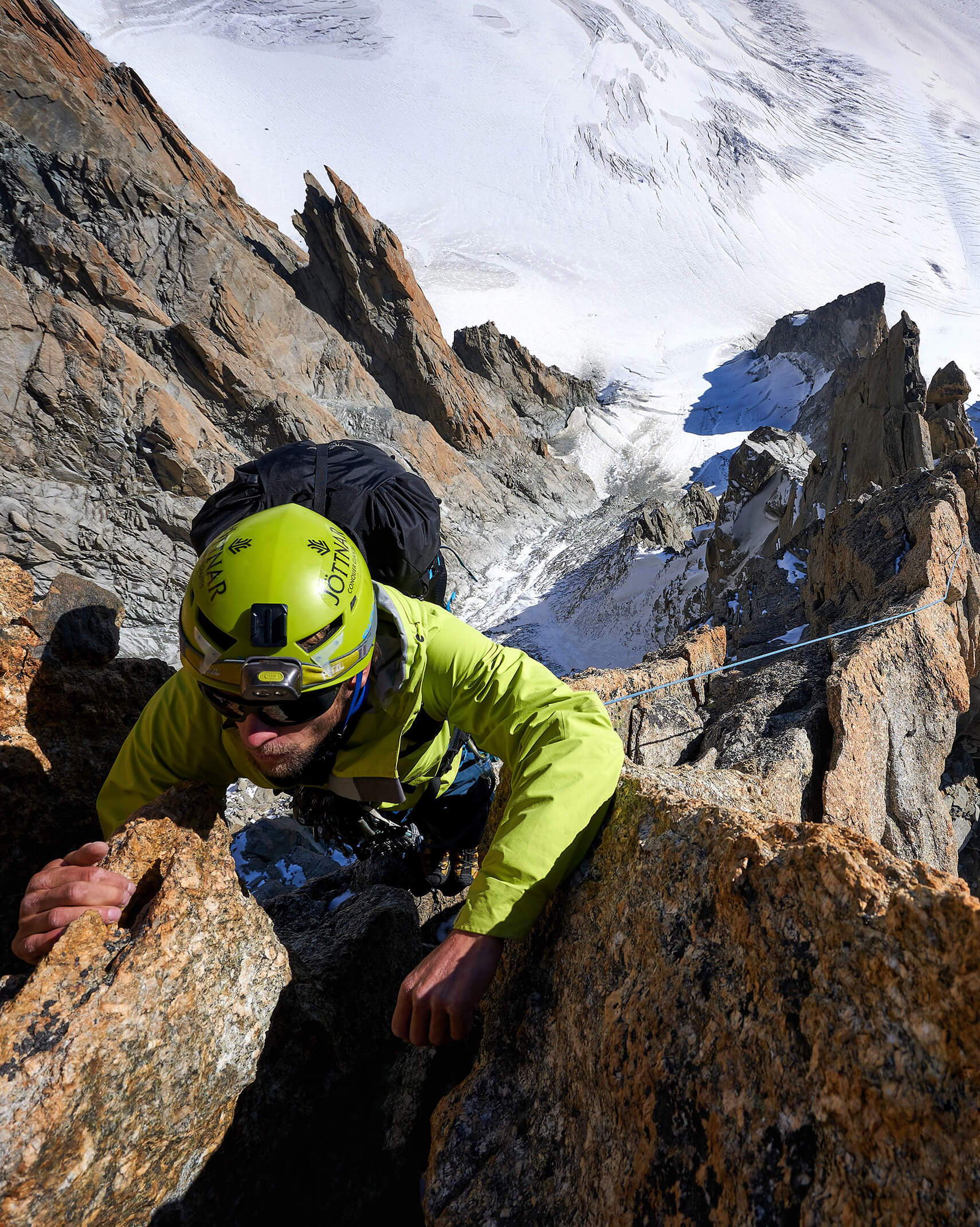 Jöttnar: Tell us about the fine line between fear and panic.

Tim: Fear can be good, if it’s understood and controlled. Panic is uncontrolled fear. Fear has got the better of you. You’re breathing sharply; your heart is beating too fast. That's when you’re not in the right mind to be BASE jumping. Your mind is racing and mistakes you make are accentuated rather than mitigated or controlled. I’ve seen people make mistakes and I could predict it from their body language. They weren't calm or collected, and it has happened to me before.I think there is a lot to say for messages in the subconscious. That gut feeling might not be a mystical feeling at all, but a sum of small tell-tale signs that something isn’t right, and that your subconscious is picking up on.

To what extent would you say that you feel fear?

On the average jump I don’t have any fear. Of course, I fear injuries, death and losing friends and loved ones, but I have that fear every day. I surround myself with capable people making good decisions and I believe I make good enough decisions that I don’t have to fear jumping. Of course, there are jumps or situations you get yourself into on the mountains that are scary, but I don’t necessarily seek these out.

How did you become a BASE jumper? What process did you go through?

Two hundred skydives is standard before you learn how to BASE, and then further hundreds if you want to learn how to fly a wingsuit. I am constantly learning, improving and analysing my flights and performance.

BASE jumping is statistically the most dangerous sport in the world. Does that concern you?

I knew it was a dangerous sport. However, reducing risk through training and preparation is something that appeals to me. Risk versus reward is very important and it lies at a different point for each person. I think it’s wrong to judge someone on where their own personal point lies. 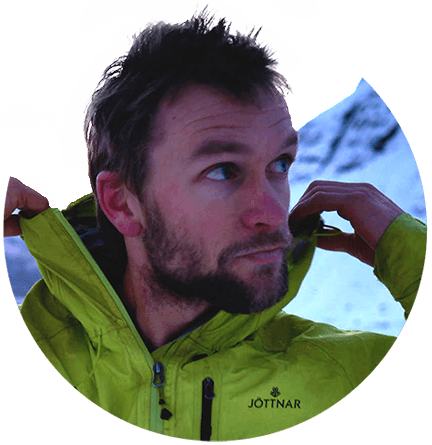 FIND OUT MORE ABOUT TIM HERE

Do you have rituals in order to prepare yourself for a jump?
I don’t believe in luck, rituals or superstition. I have the self-belief in my own abilities. There is one thing Ewa, my fiancée, and I say on most jumps as a joke: “I promise I will never die.” I suppose it’s a test in our belief that you can’t tempt fate, because we don’t believe in it.
Is there a checklist before a jump? Is there a point during this that your fear level spikes or drops?
Every time. All there, all fastened and good to go. Leg straps, chest straps, pull! But the checklist for a jump is really hundreds of points. Some are so important that you couldn’t jump if you didn’t check them off. Some occur when you pack your parachute. Others happen during the jumps and many are probably subconscious or built into muscle memory. The point of no return is the biggest commitment, the split second where you have leapt out and there is no going back. This could be the heartbeat spike, and I may have to test that at some point!

Does the level of fear play a role in deciding the exit location?

Not the level of fear but the level of currency or ability. I don’t look at a jump and think it’s scary therefore I do or don’t want to do it. I would look at it as a challenge then I calculate the variables and decide if I have the margin of error to pull it off. This is when I decide if the risk is worth the reward. It’s often the aesthetics of a cliff that makes me want to climb/jump off it.

Have you ever turned away from a jump despite being prepared?

If I turn away from an exit point it can only be because I’m not mentally prepared. The risk versus reward calculation is the deciding factor and that’s a mental state. If you’re injured, the conditions aren't good or you’re just not feeling it, it’s still a mental decision to walk back down.

Are so-called extreme athletes missing the ability to feel fear, or are they instead imbued with abnormal courage?

There is a notion that certain extreme sports athletes are missing the ability to process fear. Whether or not this is true, I think the majority of people doing the same sort of things don’t have this condition. I don’t think “bravery” or “courage” come into play. I think it’s the trust in your own abilities and equipment. It’s important to be confident but never over-confident. People who push things too far are possibly over confident.

Is fear a good motivational tool for beating personal bests and pushing boundaries?

When I used to mountain bike, I used the phrase “use pressure to fuel your motives.” Neither pressure nor fear work well as motivation for BASE jumping. The motivation has to be the love of it, the freedom. The people who fly for the pure love of it inspire me the most. I lost a friend last year who flew some hard wingsuit lines. He never shared or posted videos; he was doing it for the sheer enjoyment. Pushing boundaries has to be an incremental and methodical process. 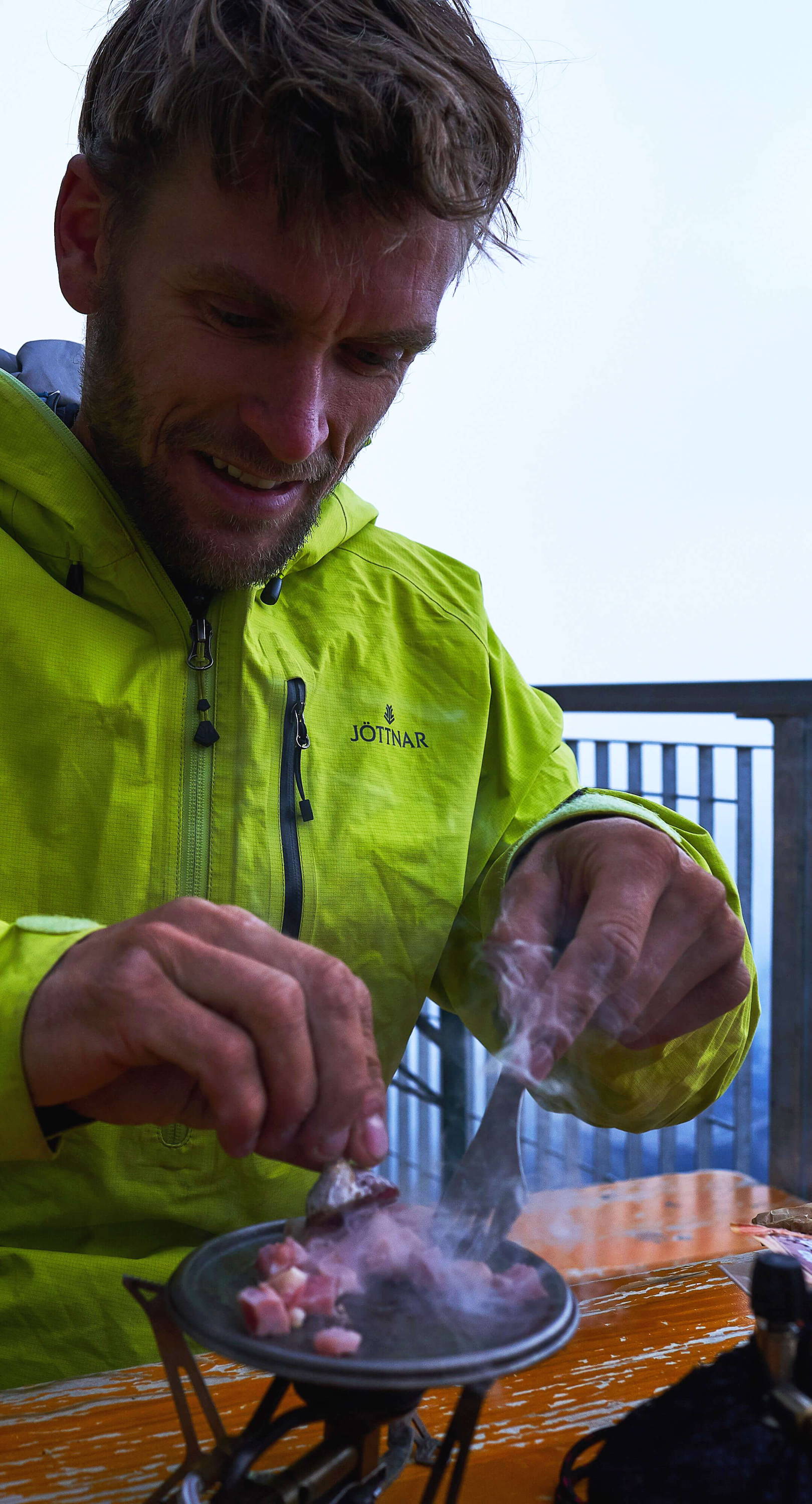 Have you ever been referred to as “crazy” by outsiders?

Far too often. The media perpetuates the sport as being highly dangerous and reckless. What we do might be dangerous, but it’s far from reckless. When you only report the fatalities, this then becomes the narrative.

Do you agree with the phrase, “All we have to fear is fear itself”?

If we’ve agreed that fear is good and keeps our senses heightened, then surely we shouldn’t fear it. Maybe we should fear panic. Panic by definition is overwhelming and dominating, so I would definitely fear being in a state of panic.

Basketball has been used as a vehicle for contextualising BASE jumping risks. If every time you missed a basket, somebody would shoot you in the head. Does that resonate?

Interesting. Quite possibly, but in some jumps the metaphorical basket is huge and other times it’s small. For some people the basket aimed for has been too small. When I aim for those small baskets, it’s when I’ve been training and have good currency. Maybe I shoot for those small baskets once or twice, but that’s enough and then I take a step back. Being current in this sport is important, too current can be dangerous as well. Being too current can mean you keep on pushing and pushing until those baskets are tiny. If you’re not current you just keep on shooting for those big baskets, because you know they are obtainable. 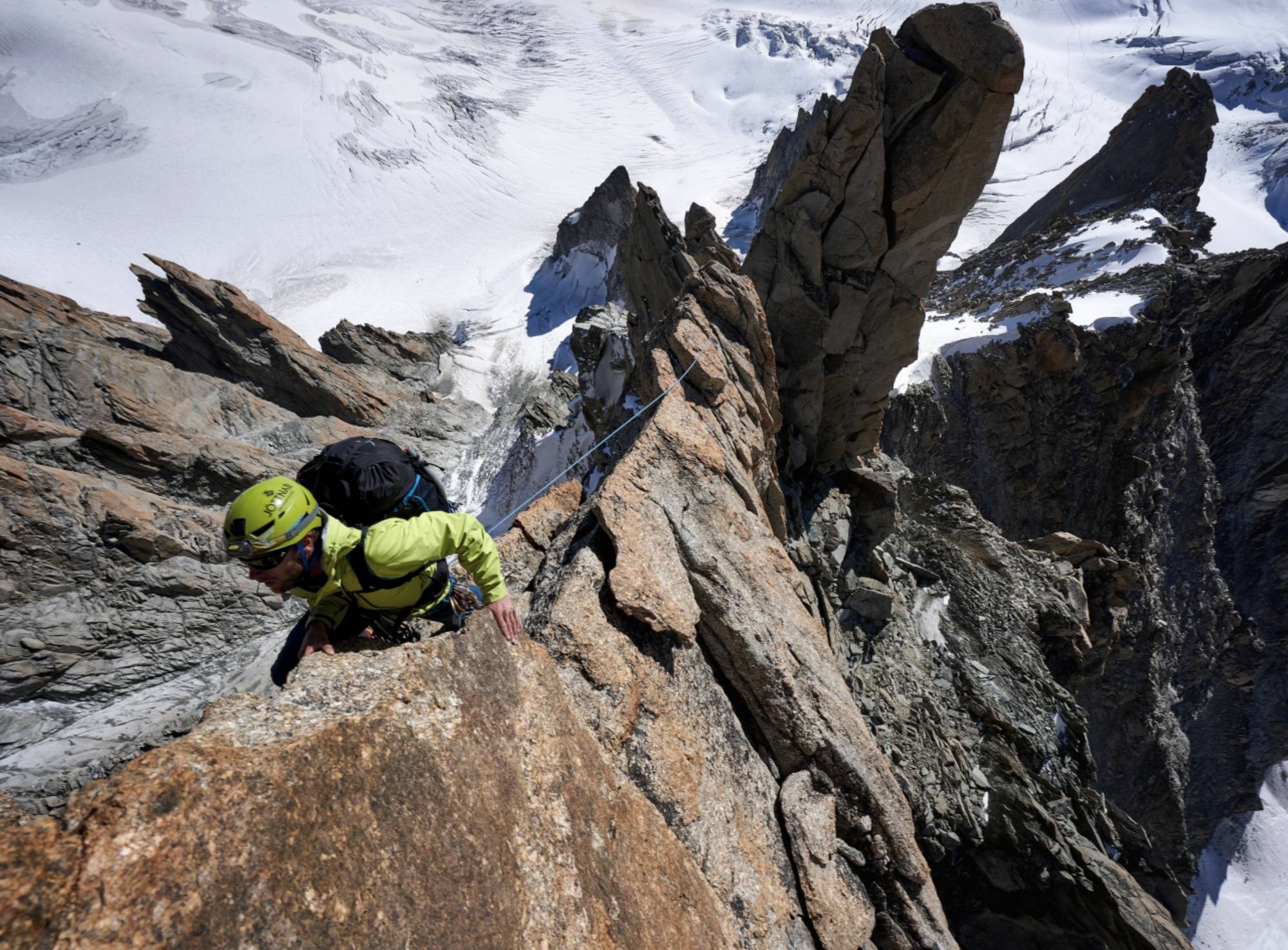 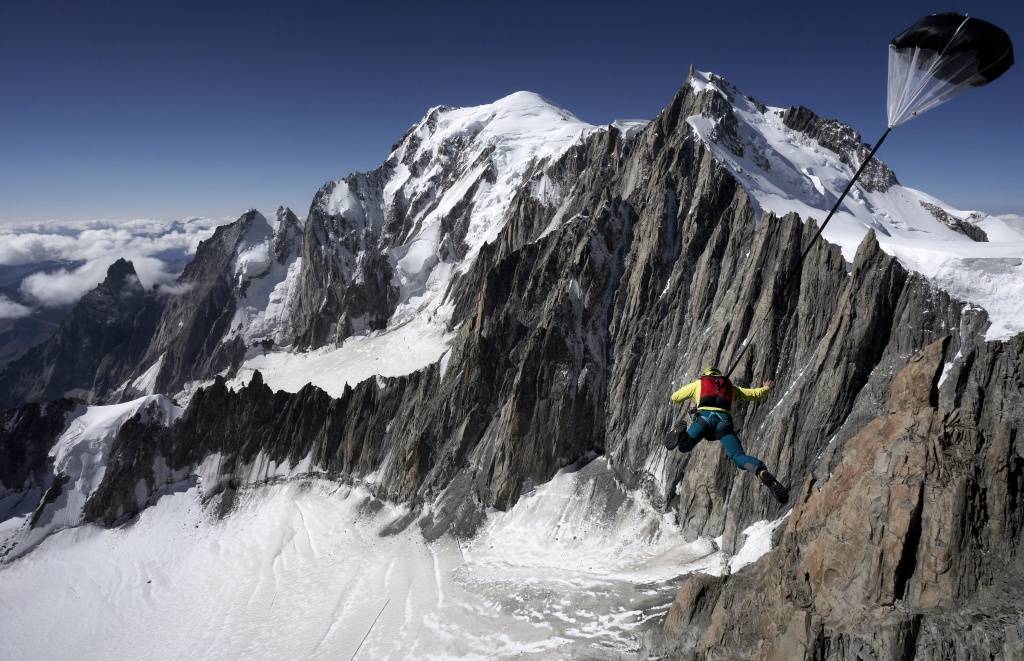 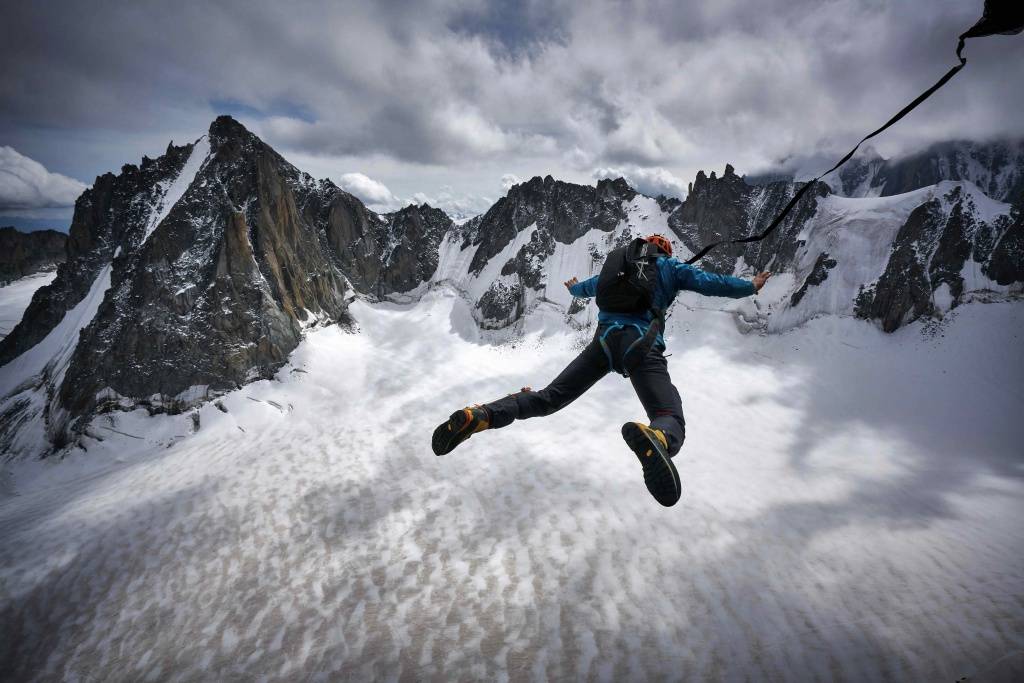 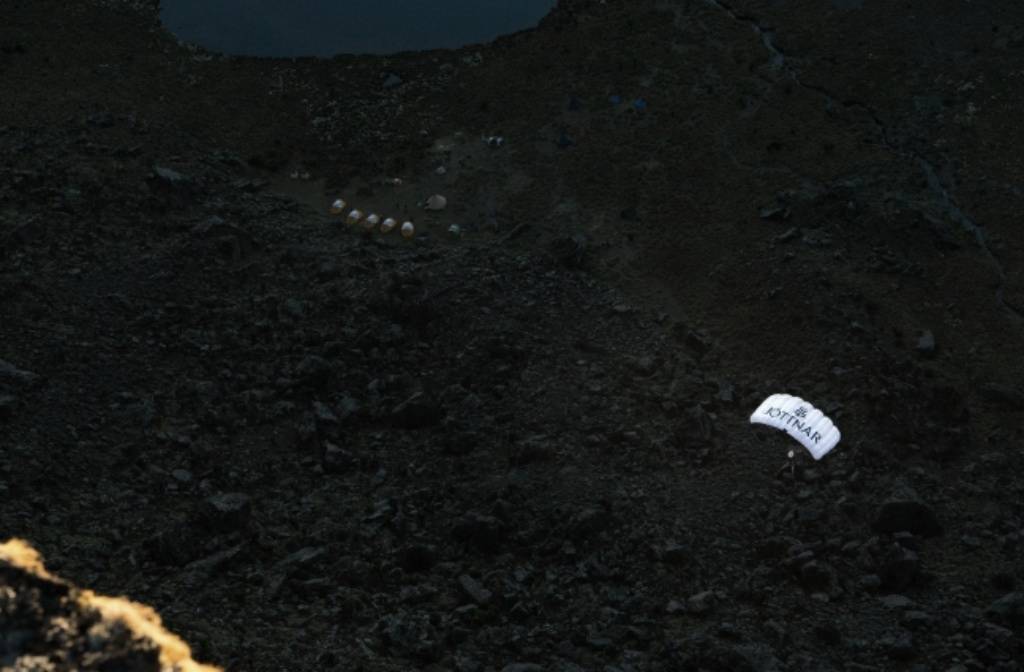