The longest shadow is a three part series, to read the  other parts click the links below.

Joe Winch is a Royal Marines Commando who turned to the mountains to reduce the impact of his PTSD, a condition which followed multiple combat tours in Afghanistan. Read Part 1 or Part 2 of his incredible Everest story, or continue below with Part 3.

Hypoxia, exhaustion and frost bite are amongst the greatest risks at extreme altitude. They can quickly and easily combine to fatally compromise judgement and decision-making abilities, so Scott and I slowed our ascent. We shared our remaining headtorch, and focussed on looking out for each other. I furiously worked on warming my feet and improving my oxygen flow.
As we reached the infamous Hillary Step, a difficult fifteen-foot section of rock, things started to improve. We were moving efficiently as a pair and the months of hard work and training together were paying off. Pushing on towards the summit, the sun began to rise way off in the East over Chinese Tibet, creating a sensational sunrise that cast an incredible orange and blue glow over the whole Himalaya. Mount Everest’s shadow - the longest shadow in the world, was thrown like a huge pyramid over a waking Nepal to the West.
The summit ridge that morning was absolutely exquisite. Scott and I were utterly alone, and, spurred on by a huge surge of adrenaline, we were climbing almost effortlessly towards the summit, climbing in the footsteps of so many mountaineering legends.

This was truly a magical moment and a magical place; a place I had dreamed of since I was a child, that had fascinated me for so many years, and which had utterly pre-occupied me, my family, and my team for the last two months.
Despite being at an altitude of well over 8,700 meters in strong wind and temperatures as low as -20° Celsius, Scott and I covered the last few meters to the summit together, arm-in-arm and shoulder-to-shoulder. At 04:50 on the 21st of May 2019, we finally turned and embraced on the top of the world, unable to believe that we had actually made it. Being on the summit of Everest was a most incredible feeling, full of emotion, relief, and pride. My journey to get here - the last two months and the last two years - had been so difficult that at times it seemed utterly impossible. Yet here I was, standing tall and incredibly proud on the very top of the world.
This is the significance of my Everest journey, for against all the odds I overcame one of the worst psychological injuries of war to stand on the top of the world. It should have been impossible, but I did it. And in the process I had helped, I hope, to dramatically move the debate on mental health far beyond merely ‘raising awareness’ and ‘reducing the stigma’, to prove that PTSD and other life changing psychological injuries are not necessarily a death sentence. They can actually be the initiative for amazing change that leaves us emotionally, spiritually, and socially far better-off.
This was the primary purpose and the ultimate driving force behind my Everest climb. It was all about changing perceptions and giving hope, faith, and reassurance to all those others battling with their minds.

from diagnosis to recovery, joe gives insight on his journey. Click below to learn more.

Before I was diagnosed with acute Complex Post Traumatic Stress Disorder, I was en-joying a successful career as an officer in the Royal Marines. I was a proud husband and father, we owned our own house by the beach and I was optimistic and excited about the future. It really did feel like I had everything.

But then almost 10 years after my first deployment to Afghanistan, life suddenly became difficult. With hindsight, these difficulties had begun just days into my first tour to Helmand. I was struggling to sleep, was getting very tired, I couldn’t focus or concentrate, and I was withdrawing from those around me – which is very unlike me.

But within a few months it had become far more acute. Sleep was impossible, I was exhausted, confused and often overwhelmed. I became aggressive, and I couldn’t tolerate being around anyone – particularly my own children. And by now I was realising that something wasn’t quite right.

In my desperation, I made an appointment with my Doctor, where I described my symptoms. He listened carefully and then told me that I was suffering from an acute response to some prior traumatic experience. I had Post Traumatic Stress Disorder, and I had it very badly.

At first, I couldn’t believe this. Throughout my career I had looked at others around me and used them as my barometer. But in the days after my diagnosis, I slowly realised how flawed this approach was. Firstly, I had no idea whether those around me were actually suffering or not (and, as it would turn out, many of them were), and secondly, in considering our experiences at war I was comparing the hyper-abnormal with the hyper-abnormal. In so doing I had unhinged myself from, and lost all reference to, normal life.

And that is how my battle with PTSD began – years after my operational deployments, miles from any danger, and in the comfort of normal life, where everything should have been great. But it wasn’t; it was out of control, everything was overwhelming, and I was battling for my life.

There are treatments that help, and which can calm some of the more chaotic memories and symptoms, but the neurological and physiological damage is spectacular, and one can’t just miraculously un-have years of trauma.

So, those that make the most successful ‘recoveries’ are those that treat PTSD as a very serious life changing injury, which demands that life changes. And the surest route to ever-greater misery is where life doesn’t change, where someone clings on desperately, and doubles down on a way of life that is slowly killing them.

And this is what makes mental health injuries so difficult to recover from, because, first, we have to accept that much of what we thought was true about us and our world was in fact the dangerous creation of a hideous disorder. And second, to overcome this, we have to embark upon a journey to rediscover who we are, and how to live, all over again.

And it takes a monumental leap of faith to do this, to relearn what it is to feel safe, loved, and happy again, to rediscover fun and laughter, and to immerse oneself in the full breadth of emotions and feelings again. And such a recovery, of course, needs time – lots of time.

For some, suffering with PTSD, they find their recovery aided by sailing or surfing, being out on the water; others find it cycling, travelling quietly through the hills. Others find their place wherever there is a spectacular view and great company, where they can take in their environment and just be.

For me though, it was the mountains that I wanted to escape to. This is where I have always felt most comfortable. Yet since getting unwell, I had lacked both the confidence and the opportunity to do this safely; the obvious risk being that I might simply never return.

My recovery has been painfully slow and very difficult, but, since the opportunity to climb the highest mountain in North America with 65 Degrees North, my recovery has been given a new and exciting energy and purpose. I have rediscovered my enthusiasm for life, and my confidence and self-esteem has returned in abundance. This has helped me to gently push the boundaries of my symptoms and carve out that new life for me and my family.

And the more I challenge myself, the more I learn and discover, and the better I become. I feel that I have a life and a future again, and my optimism grows each day.

For me, climbing Everest was about proving that with determination and support, it is entirely possible to overcome even the worst psychological injuries of war. So although I still struggle, I am not a victim. I will never let my PTSD justify its bizarre and destructive behaviours, and I will always keep fighting, wherever I am, whatever I am doing, because that’s who I am: Joe Winch, proud husband, father, Denali and Everest team member, and Royal Marines commando.

Joe is still serving in the Royal Marines and is under the care of the Department of Community Mental Health in Portsmouth. With the support of his wife and children, Joe has developed a thorough understanding of his symptoms and diagnosis.Most recently, under the supervision of his Consultant Psychiatrist, Joe has begun a Graduated Return to Work with The Royal Marines Charity in Portsmouth.

Joe has also been working to transform perceptions of mental health and PTSD through his mountaineering. Showing that with determination and imagination it is entirely possible to overcome even the worst psychological injuries, and that life can once again be exciting and fulfilling.

In the mountains I feel so alive. My mind is focused like nowhere else, all the noise and my symptoms and diagnosis disappear and, instead, are replaced by an incredibly powerful sense of identity, belonging, and purpose. In stark contrast to normal life, in the mountains I know precisely who I am, where I am, and what I am doing; I am excited and optimistic, and I am ready, physically, emotionally, and mentally. But on Everest something powerful and profound happened; my self-confidence and self-esteem, indeed my fundamental understanding of who, what, and where I am, with the dawning of the sun at the summit that morning, it all totally transformed for the better, leaving me stronger, happier, and more content than ever before.
To finish, I must emphasise that neither Everest nor my wider recovery has “cured” my PTSD. I still struggle tremendously. But in many ways my journey has done something far better than just curing me; it has helped me create a new life.  This is a life which is far happier, brighter, and less chaotic, where my priorities and interests are far clearer. It is a life where I am a better husband, father, and friend, and with a future where I am, at last, coming to peace with myself and the world around me.
I am no victim. In many ways, I am still standing proudly on the top of the world, and I always will be. Wherever I am, whatever I am doing, I am Joe Winch: proud husband, father, mountaineering team member, Royal Marines commando, and Everest summiteer. 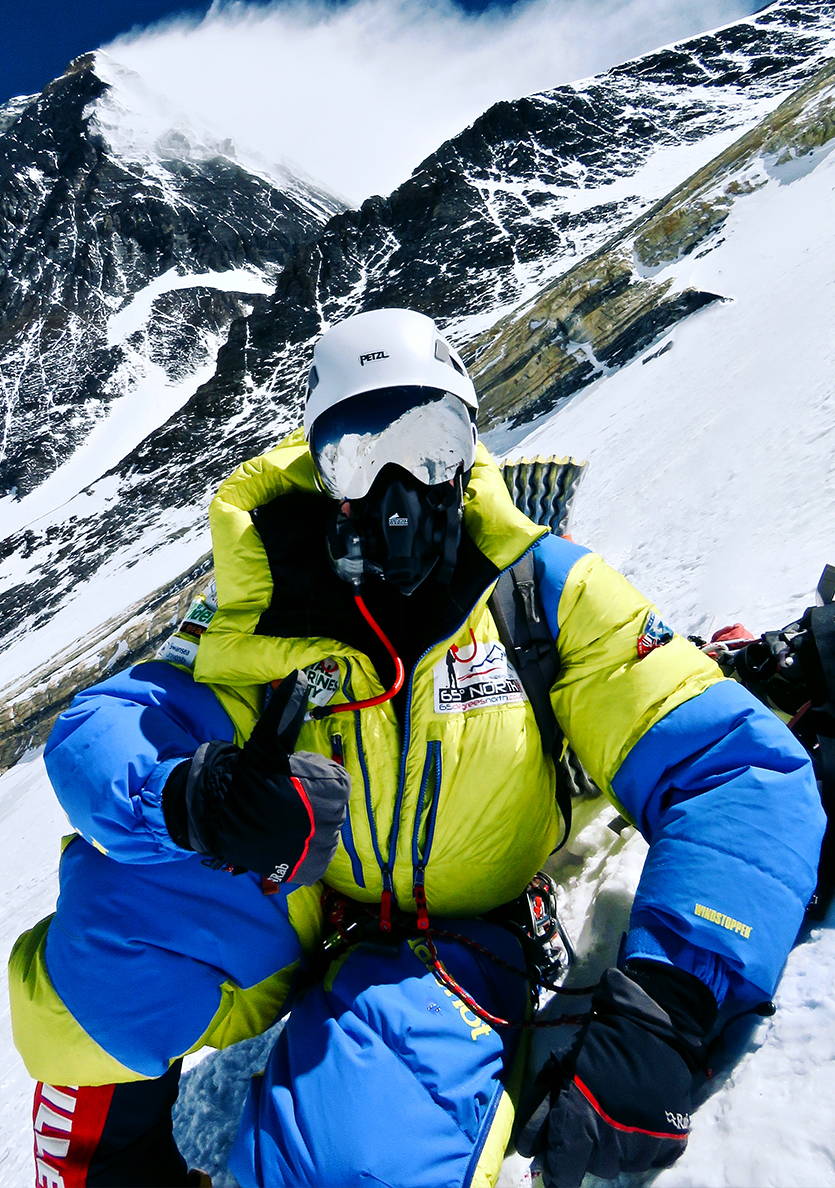 Thank you to Joe Winch for sharing his story, and for his insight into the effects of PTSD.

Sign up to be the first to receive similar articles. 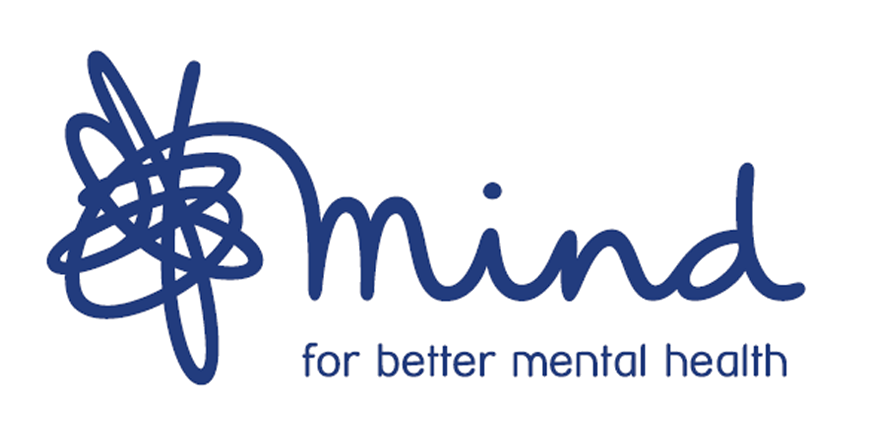 This article has not been produced in official association with any charity. Mind provide advice and support to empower anyone experiencing a mental health problem. They campaign to improve services, raise awareness and promote understanding. Their motto is to not give up until everyone experiencing a mental health problem gets support and respect. If you want to learn more or would like to give support, please click the relevant button below.

GET HELP
GET INVOLVED